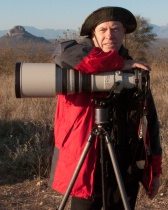 In 1976, freelance photographer Bill Dow was contracted to work full-time on the motion picture, âRoarâ, produced and starring, Tippi Hedren. That project, which found Bill working with lions and tigers, and other exotic cats became the passion that resulted in his world-wide notoriety as one of the foremost photographers of wildlife, specializing in the great cats of the world.

Following that five-year project, Tippi Hedren founded the Roar Foundation, which funded the Shambala Preserve, a sanctuary for abused and unwanted big cats. Based on his work on âRoarâ, Bill was asked to freelance as staff photographer for the preserve and has retained that position to the present day.

During the course of his career at Shambala, Bill has amassed an impressive inventory of photos of the big cats, which is unparalleled in its depth and scope. Billâs photos have been exhibited in one-man shows throughout California, and across the country. An award-winning photographer, his remarkable photos have also been published worldwide and his fine art prints grace the walls of many public and private collections.

In addition to his animal photography, Bill Dow has continued to pursue a successful career in commercial photography, which included a membership in the International Cinematographers Guild. Versatile in his approach, he has also gained recognition as a celebrity photographer for such people and companies as: Aaron Spelling, Stephen Cannell, CBS, Columbia Pictures, Dick Clark Productions, Disney, Twentieth Century Fox, David Kelley, Lorimar, MTM, Paramount Entertainment, Universal Studios, Viacom, and Warner Brothers.

Today, Billâs first love is still the wildlife of the world, specializing in the great cats, but his ability to capture the essence of all he sees is what makes his love of photography so evident in every picture he takes.